In 2003, a couple of Dharma Bums met at Hsi-Fang Temple, a Zen Temple here in San Diego and started their journey into the study and practice of ultimate wisdom and compassion. They were quickly put in the position of entering the Buddhist College as well as responsible for leading the Western Chapter at the Temple. This led to various trips and experiences living at Fo Guang Shan’s Zen Monastery in Taiwan for up to one year throughout 2005. When returning to San Diego in 2006, the Dharma Bums were approached by Venerable Master Hueiguang who had started his own Zen Temple in Taiwan. The Dharma Bums were asked to open a Dharma Center in the name of the International Bodhisattva Sangha, and so they did in San Diego’s Golden Hills. After 7 months of running the Dharma Center, it was made clear the Venerable Master was unable to come back to San Diego as of yet and so we were lacking funding to continue this project.

This building (Dharma Bum Temple) was built in 1924 and the local historian has said it used to sleep chinese workers, since this was old Chinatown. In 2005, a couple of young western guys met in a zen monastery in Taiwan and talked about a place in America that people could learn Buddhism and practice meditation, but feel comfortable in their own culture. After many causes and conditions, in the end of 2006, the Dharma Bum Temple was opened. It was initially called the Dharma Bum Center, which seemed to be a fitting name. There were 3 of us, we all thought Buddhism was cool, we practiced, studied, lived and worked around Buddhism. We liked Buddhism, Bob Dylan and Jack Kerouac. We had romantic fantasies about being a monk or traveling the world in Buddhist monasteries, but we knew our karma had us born here in the USA, and so this is where we would begin our path of propagating the dharma. We had very traditional views about Buddhism, but also saw that as Buddhism always had historically, that as it enters a new culture, it adapts to that new culture. We had no sign, no flag, charged no money and to this day, the neighbors don’t even know we are here. People find us and when they do, it seems to be a special place.

We had our official opening New Years Eve heading into 2007. There was tea and sake and many joyous people. We were heading into a journey that we knew would change our lives forever. As midnight came near, we all piled into the 2nd floor zendo, and were lead in a meditation by Eddie Santiago, officially welcoming in the Dharma Bum Center to San Diego. We started off the year with some Buddhist classes, some meditation and that was it. People showed up, we added more classes. More people showed up, we added more classes. Throughout 2007 we hosted many dharma teachers, all with their own style and presentation of Buddhism. What we wanted was simply a way for westerners to feel comfortable learning about Buddhism. It was in English, taking place in essentially a cool downtown loft, and there was no pressure to bow, chant, light incense, or wear robes. It was the Dharma Bum Center and it was perfect. We simply wanted a place for people in America to learn Buddhism and this was it. We had seen so many western people leave other Buddhist temples, mainly due to their level of uncomfort in the cultural temple. 2007 was a beautiful year filled with teachers and practitioners, Dharma Bums everywhere.

At the end of 2007, we were faced with the possibility of “expanding the Dharma Bum Center”…The reality was, we were at maximum capacity. The zendo was filled each night, and the Buddhist classes were well attended each night. And this was all without the website or sign ever existing. So when the opportunity came to expand, we decided to go for it…Unfortunately, when the renovation of an old hotel which was going to be the new home of the Dharma Bum Center, did not work so well, we were stuck. We spent a year and over $100,000 to renovate the hotel, but all the money in the world and all the space in the world, could not replace the heart of the Dharma Bum Center.

When we moved in the spring of 2008 into the old hotel, it was no longer the Dharma Bum Center and us ignorant attached Buddhists, missed the Dharma Bum Center. We wanted the old way, the free meditation, the free dharma classes, the intimate feeling of Sangha, no pressure to join, no sign, no memberships, etc. We just wanted to live and practice as Dharma Bums. After a series of pretty heavy causes and conditions and after 6 months in a different space, in September of 2008, we returned home. We learned many valuable lessons during this experience. Most important is to remember your initial intention and always act with honesty and integrity.

So when we returned, we decided to change the name to The Dharma Bum Temple. No, it did not end up on a sign and we are back where still the neighbors do not know we are here. It was important to us to evolve a bit and go deeper with our practice. It was no longer about sitting and talking about Buddhism, it was about practicing Buddhism. The Six Perfections of Generosity, Morality, Patience, Diligence, Concentration and Wisdom became the foundation for the Dharma Bum Temple. Since we have come back home in September of 2008, we have seen people arrive here just as before…They are seeking the wisdom and compassion that Buddhism teaches. They come here as people who suffer from the stress and anxiety that is caused by the reaction to the human condition. It is our belief that to talk about Buddhism is not enough, Buddhism must be practiced. It must be put into action in every day life. We liked Kerouac and called it the Dharma Bum Center in the early days, but a Temple is not a place to drink, smoke and talk mindlessly about Buddhism. A Temple is a place where with a clear mind one sits in meditation and then is surrounded by Sangha who encourage each other support each other to practice Buddhism.

So, we practice….The Dharma Bum Temple is a home and place of refuge for all who enter. It is supported by the community and respected as a place grounded in legitimate practice, based on the teachings of the Six Paramitas. There is the practice of all forms of Buddhism here, but behind each practice is the ultimate teacher, Siddhartha Gautama, the Original Dharma Bum…

PHOTOS OF THE OLD DBT 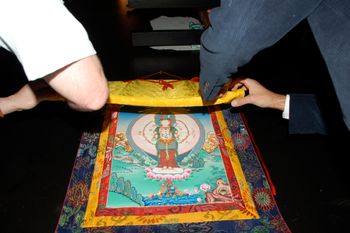 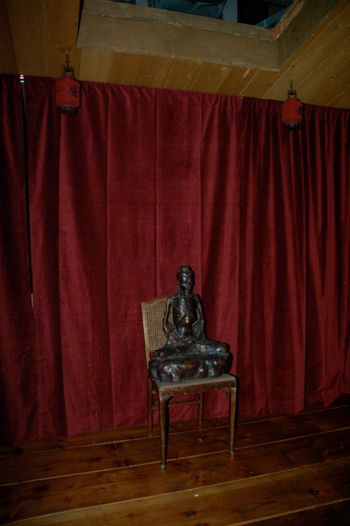 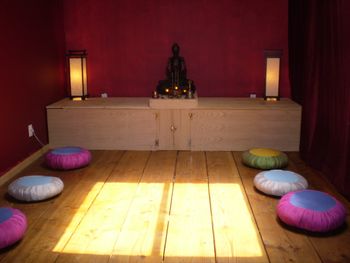 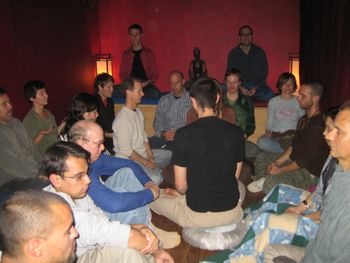 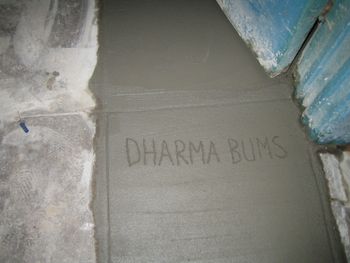 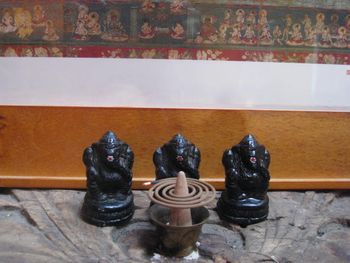 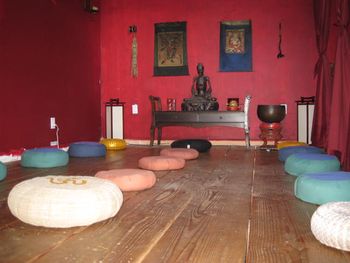 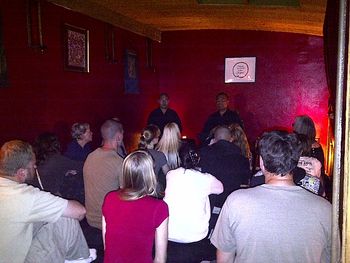 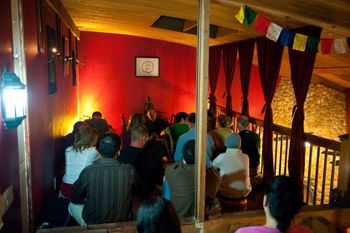 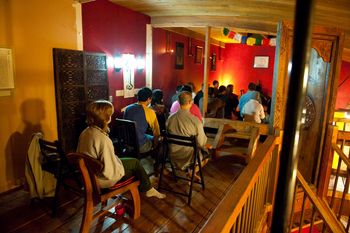 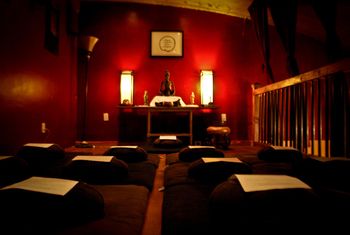 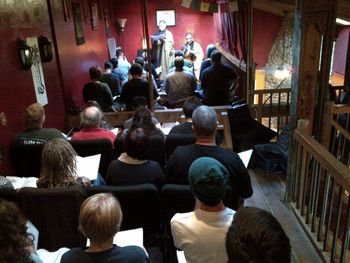 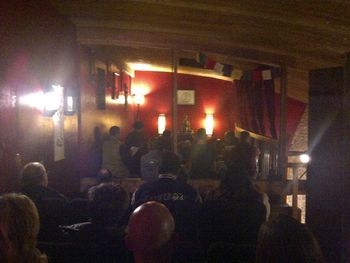 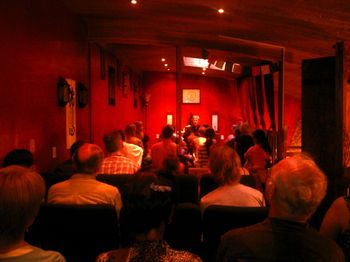